Linda and Jim Finley share a love of forests and people. They met at a Pennsylvania Forestry Association annual meeting; Linda was a board member, and Jim was presenting as part of the program. Linda held a forested property in Elk County, which was her tie to PFA. Jim was an extension forester at Penn State. Since finding each other, they have continued to work on behalf of forests. Linda remains active with PFA and the Pennsylvania Forest Stewards through the Center for Private Forests at Penn State. Jim retired from Penn State after 42 years and continues to support the Center for Private Forests as the Chair of the Center's Council and working with the College of Ag Sciences Development Council. When they can, they spend time on their woodlands.

Frank Palmer was a dairy farmer in Needmore, Pennsylvania most of his life, but he also loved the woods.  Whether hunting, mushroom hunting or seeking solitude, forests were special to him.  That is why no one was surprised that after retiring from a job with many stresses, he purchased a 40-acre tract of woods south of McConnellsburg, PA in Fulton County.

At the time, he probably thought that the biggest problem with the woods he bought was the “salvage” logging that was done right before his ownership.  He was told that the previous landowner allowed a logger on the property to salvage trees killed by gypsy moth caterpillars.  After two-thirds of the property was cut, the landowner threw the logger out because instead of cutting dead trees, the logger was just cutting what he wanted.  Frank started to question this harvesting method, and sought advice.

Frank enrolled the property in the Forest Stewardship Program, had a plan written by a local forester, Brian Knox, and probably without realizing it, became a student of forestry.  He learned about the damaging practice of diameter-limit cutting, hazards of invasive plants, and soon saw many young ash trees on his property die due to the emerald ash borer.

Seeking more forestry information, he joined the Woodland Owners of the Southern Alleghenies.  Frank attended workshops, banquets and nearly every annual conference.  He also convinced his nephew, Sonny, also a forest landowner, to come along.  Other topics of interest were ginseng cultivation and wild mushrooms.

We can’t thank Frank enough for all that he has done for WOSA, and for sharing his love of the woods with all of us! 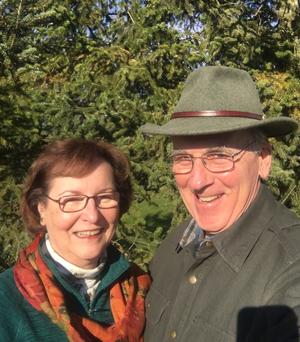 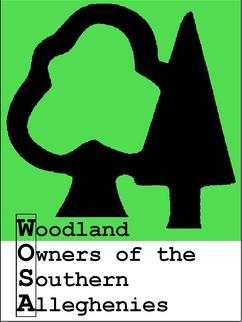 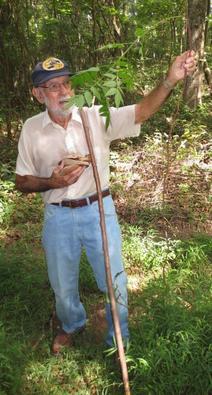